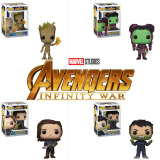 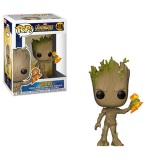 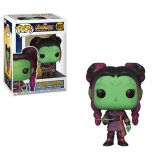 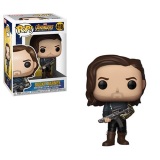 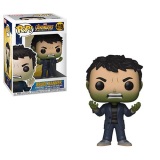 The epic battle against Thanos and his quest to destroy half the universe continues with the Super Heroes of the Marvel Cinematic Universe. Groot bears Stormbreaker and his fellow Guardian of the Galaxy, Gamora, wields a dagger. Bucky Barnes, alias Winter Soldier, is present and ready to fight. And Bruce Banner is ready to fight for the universe despite the fact that he is in the process of morphing into Hulk.

The entire Marvel movie universe unites, once and for all. Assemble your team in the race for the Infinity Stones! The Avengers: Infinity War Pop! Vinyl Figures measures approximately 3 3/4-inches tall and comes packaged in a window display box. Ages 3 and up.

WARNING: CHOKING HAZARD-Small parts. Not for children under 3 years